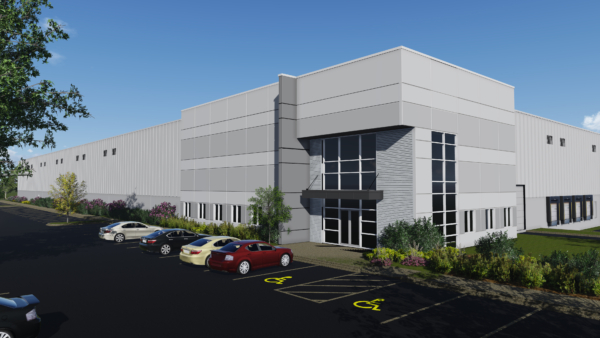 Betting on Calgary to grow into a major transportation hub that would require large buildings for warehousing and distribution, Highfield Investment Group purchased 800 acres of raw land in Balzac in 2006-07.

In 2010, president Adrian Munro added more land to increase the size of his master-planned High Plains Industrial Park to 1,100 acres. The hugely successful development recently expanded again with the acquisition of another 298 acres of land immediately to the east of the park, strategically positioning it for future growth.

The Calgary region is perfectly positioned along the Trans-Canada Highway, the north/south corridor from Edmonton through the U.S to Mexico, on the major rail lines and with an international airport delivering freight around the world.

The success of Munro’s early vision can be measured by the amount of development completed at High Plains; over the past five years it has grown to nearly five million square feet of industrial space.

“Despite the economic headwinds of 2020, we were able to commence more large development projects,” says Munro. “They include a 1.2-million-square-foot distribution centre for Lowe’s, a 403,360-square-foot speculative building, and a 130,000-square-foot CHEP Canada facility.”

Much of the growth of the development is due to Iain Ferguson, vice-chair at CBRE Calgary, and his team who are responsible for land sales and the leasing of all of the buildings.

Location is a huge plus with the park’s easy access to Stoney Trail and the QEII highways, 10 minutes from the airport, 20 minutes to downtown and with proximity to both the CPR and CN intermodal terminals.

Ferguson is also quick to note High Plain’s highly competitive tax savings, resulting in significantly lower annual occupancy costs as compared to Calgary. He quotes statistics provided by the Altus Group that park tenants will save approximately 57 per cent — or $1.47 — per square foot on average over a 10-year period.

Although the park is in the county of Rocky View, Calgary benefits in being able to provide tenants with a labour force living only minutes away. And they are able to make use of the many amenities available at the nearby Cross Iron Mills shopping centre.

Now construction has begun on two new distribution centre structures, both being built on spec and marketed by CBRE.  One will contain a rentable area of 409,360 square feet on 22.93 acres, boasting four overhead drive-in doors and 64 exterior dock doors with 36 feet of clear height.  The second is smaller to facilitate the needs of companies too small for the larger builds, but who want to locate close to the big distribution centres.  With the capacity for 20,000 square feet of office space and 105,000 square feet for warehousing, it is surrounded by 52 trailer stalls and 150 auto parking spaces.

Highfield Investment Group is a diversified Calgary company that operates and manages assets in a number of industries, as well as farming and a thoroughbred racing and breeding operation. The group has a 4,000-acre assembly of land currently under management.